Y the Last Man Wiki
Register
Don't have an account?
Sign In
Advertisement
in: Characters, Men, Americans,
and 2 more 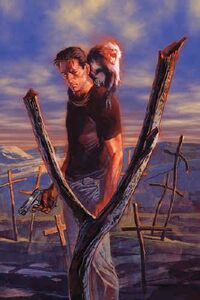 Yorick Brown (b. 1980) is the primary protagonist of the Y: The Last Man comic series.

In the FX on Hulu T.V. series, he is portrayed by Ben Schnetzer.

A young amateur escape artist, Yorick is one of the two last men on Earth. He is often reckless and tries to defuse tense situations with his humor. He is an under-achiever and a slacker, but actually quite bright. He has a degree in English, and knows far too much about pop culture. It has since been learned the only real reason he survived the plague is due to the fact that he owned Ampersand, a Capuchian monkey who survived the plague. Handling Ampersand's feces and cleaning him up gave Yorick Ampersand's resistance to the plague as well. 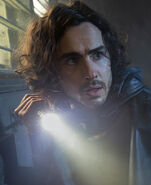