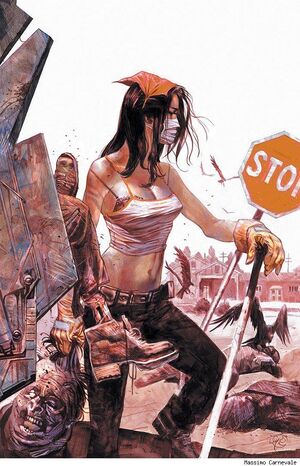 Waverly is a minor character in Y: The Last Man

Prior to the plague, she was a supermodel and was in a relationship with a Trans Male

When her plague hit, she became a disposer of bodies, and her boyfriend is killed by the Daughters of the Amazon. While on duty, she meets Yorick Brown, she handcuffs him with the intention of selling him, but he escapes. Her garbage truck is stolen by Agent 355 in order to get Margaret Valentine to the White House.