Y the Last Man Wiki
Register
Don't have an account?
Sign In
Advertisement
in: Characters, Women, Americans,
and 2 more 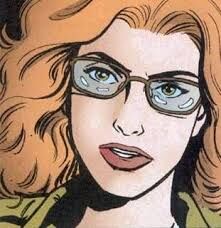 Victoria was the charismatic and manipulative leader of the Daughters of the Amazon. She claimed to have been a master chess player before the plague, but male sexism kept her from the recognition she deserved. She believes that all men are rapists, serial killers and abusers. She was killed by way of an axe to the head (thrown by Sonia). Victoria still exists, in a way, as an image and voice in Hero's mind. She may have been partly inspired by Marilyn French's character Val.