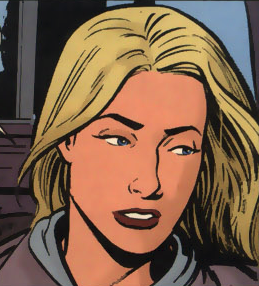 Natalya Zamyatin is a Russian secret agent, sent to retrieve the astronauts who survived the plague on the International Space Station. After they are killed, she remains with the Hartle twins to protect the post-plague's first newborn male. She wears the Gold Star of a Hero of the Russian Federation, and carries a sniper rifle named after her husband killed in the plague. Her poor English is often joked about by the other characters but in the future her English improves beyond anyone's expectation.