Y the Last Man Wiki
Register
Don't have an account?
Sign In
Advertisement
in: Women, Americans, Characters,
and 2 more 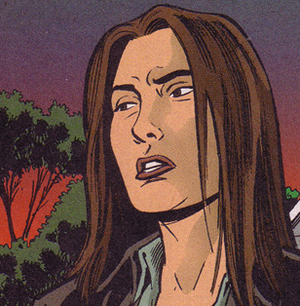 Hero Brown is Yorick Brown's older sister, a paramedic and a Sarah Lawrence graduate who joined the Daughters of the Amazon after the plague.

In the FX on Hulu T.V. series, she is portrayed by Olivia Thirlby.

She lives in Boston and, after learning that a surviving male is headed there, volunteers to track and kill him. As a victim of the Amazons' brainwashing, she is extremely angry towards Yorick and tries to kill him, but eventually realizes that she is wrong. Hero is deprogrammed (though she still sometimes hears the voice of the Amazon leader in her head) and agrees to help her mother Jennifer Brown find Yorick. There is a strong implication that Hero was sexually abused by her grandfather as a child (as Yorick was abused by one of his childhood friends). She and Beth II have become friends (thanks to Yorick) and travel together for some time. Hero, Ciba Weber, Natalya Zamyatin, Beth II, Beth Jr., and Vlad travel to Paris to meet up with Yorick. She seems to have largely overcome the anger and resentment that drew her to the Amazons.

After Yorick leaves Beth Deville in Paris, Hero, Beth II and Beth Jr. show up only to find that Yorick has already left. In the final issue, it is revealed Hero and Beth Deville became lovers. 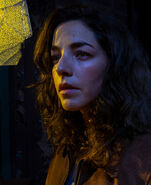