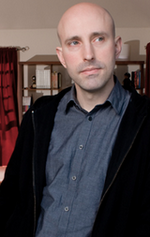 Vaughan is an American comic book and television writer is also known for the comic series Ex Machina, Runaways, Pride of Baghdad, and Saga. He was also a writer, story editor and producer of the television series Lost during seasons three through five, for which he and the writing staff were nominated for a Writers Guild of America Award for Best Dramatic Series in 2009 and 2010. 2+2=4